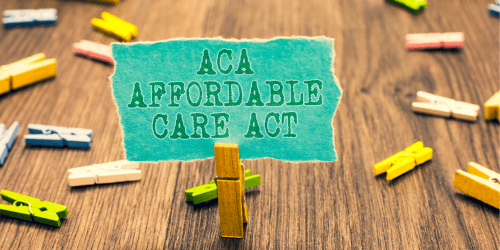 We’re now 10 years on from the introduction of one of the most contentious pieces of health care legislation ever: The Affordable Care Act.

Signed into law in 2010, the ACA represented the largest overhaul of the U.S. health care system since Medicare and Medicaid were introduced in 1965.

Let’s be honest, the ACA has had its share of detractors. But like it or loathe it, the ACA fundamentally changed the game in health care regulation, and we’re still feeling the effects.

Recently, we held a webinar with guest speaker Chris Condeluci, Principal at CC Law & Policy, and a leading expert on the U.S. health care system.

Condeluci spoke at length about the changes we saw in 2019, what they mean for the industry, and what we can expect from 2020.

Legislative changes in 2019: What Happened?

While the bulk of the ACA is still in full force, there was plenty of legislative movement in 2019. Some of the most notable changes included:

The Cadillac tax was fully repealed

What made this change notable was that the repeal of the Cadillac tax — which brought in a lot of revenue used to pay for ACA provisions — with no offset. As a result, we can assume there will now be a deficit in this area.

The HIT tax was fully repealed

Similarly, the HIT Tax was fully repealed last year without any offset. On the plus side, this change should have a positive impact on premiums, as the cost reduction enjoyed by insurance providers is passed on to employers and employees.

The Medical Device Tax only affected a narrow segment of the health care industry. However, for that segment, it had a big impact. During the three years the tax had been suspended, plenty of research had been developed that linked a resumption of the MDT to a variety of negative outcomes, including job losses and increased health care costs.

Following pressure from a variety of industry players, the tax was fully repealed in 2019.

The PCORI fee was extended for 10 more years

PCORI stands for the Patient-Centered Outcomes Research Institute. The PCORI fee, which partly funds the institute, was intended to pay for “comparative effectiveness research,” which aims to determine the cost/benefit ratio of health care services. Ultimately, the objective was to discourage consumers from purchasing health care services that achieve poor cost/benefit scores.

Originally, the PCORI fee was set up as a temporary 10-year tax. Last year, instead of repealing the tax or making it permanent, Congress opted to extend it for a further 10 years.

Let’s be clear — not everyone is the biggest fan of the Employer Mandate rules as they currently stand. However, since Congress (and this administration more broadly) isn’t in a position to change them, they will remain as-is for the time being.

In addition to the employer mandate rules, there were three other legislative “non-events” that are worth mentioning. None of the following happened:

Why not? Simply, because Congress is still fighting over them. It remains to be seen whether any of these legislative changes will happen during 2020.

What’s Next for the ACA?

Despite a huge amount of discussion and controversy, we anticipate that the ACA will remain the law of the land for the foreseeable future. Here’s why:

In December last year, the 5th Circuit Court of Appeals determined that the Individual Mandate penalty tax is unconstitutional. As a result, it will be removed via tax reform. As many industry players have noted, this ruling raises the question of whether the entire ACA is also unconstitutional.

However, the 5th Court didn’t rule on the ACA as a whole. Instead, it instructed the District Court to re-determine whether the ACA is unconstitutional. This effectively restarts the entire process of ruling on the ACA, which — as you’re probably aware — takes a long time.

It’s expected that the Supreme Court will not intervene in the case, which means the ACA will remain in place at least until the judicial process once again runs its course. This could take around two to three years.

No discussion of the future of health care policy would be complete without conceding that politics will play a huge role in the changes we see over the coming months and years.

After all, depending on who is sitting in the White House — and what the makeup of Congress looks like — we could see wildly different legislative changes.

Watch the entire webinar on-demand today to hear more details about what we can expect to see in health care based on political factors.